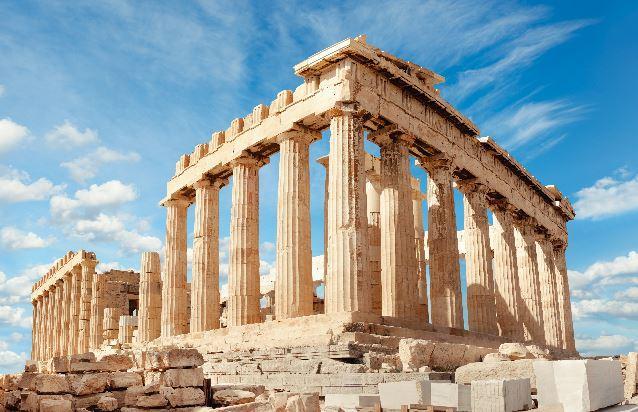 Choose a Greek god or mythical creature and describe them. Don't forget to think about what they like and what their character is like.

On the very top of the majestic Mount Olympus lived an enchanting and beautiful goddess called Aphrodite. Her golden hair was thick, shiny and glossy and tumbled down her shoulders in waves.  She had brilliant blue eyes like sparkling sapphires and ruby red lips. Her crimson toga glistened in the sunlight and was fastened at the top with a jewel encrusted seashell. What a beauty she was to behold!

Information about some Greek gods

Poseidon was the god of the sea, earthquakes and horses. Although he was officially one of the supreme gods of Mount Olympus, he spent most of his time in his watery kingdom. Brother of Zeus. The God of the sea and worshiped by seamen. His weapon is a trident, which can shake the earth, and shatter any object. He is second most powerful god. His symbol was a Three-pronged trident

Hades Brother of Zeus. God of the underworld, ruling over the dead. He is also the god of wealth, due to the precious metals mined from the earth. Hades has a helmet that makes him invisible. Hades springs out of the earth and captures Persephone, dragging her off to be his queen in the Underworld. Her mother Demeter searches for her and stops all foods from growing until Persephone is returned. Finally, a deal is worked out where Persephone stays one-third of the year with Hades, one-third of the year serving as a handmaiden to Zeus at Mount Olympus, and one-third with her mother. His symbol was a sceptre or horn of plenty.

Athena Daughter of Zeus. She sprang full grown in armor from his forehead, thus has no mother. Goddess of the city, handicrafts, and agriculture. She invented the bridle, which permitted man to tame horses, the trumpet, the flute, the pot, the rake, the plow, the yoke, the ship, and the chariot. Her tree is the olive. The owl is her bird. Her symbol is an owl, signifying watchfulness and wisdom.

Create your own creature, draw it and add labels to explain its features. 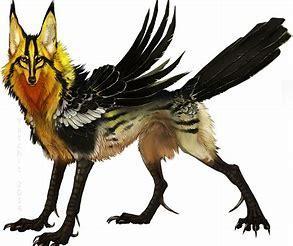 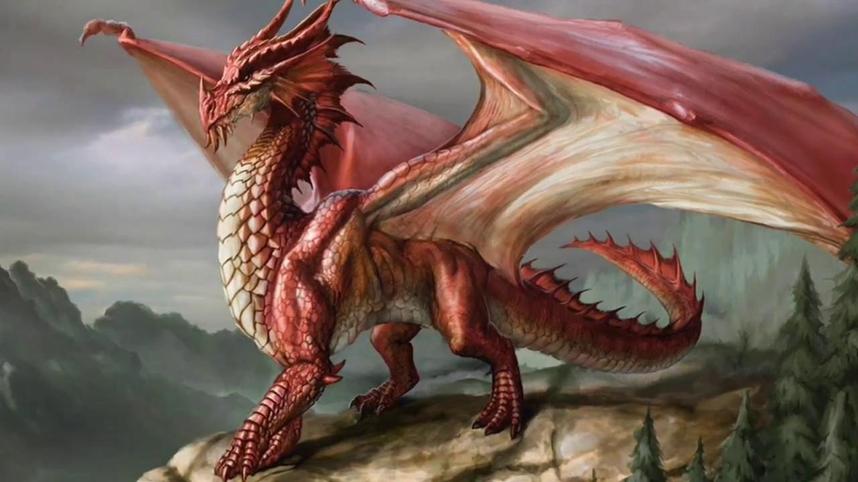 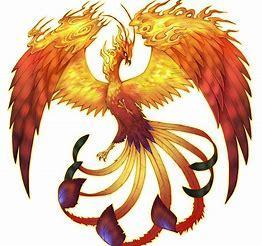 Write your own adventure story using characters or creatures from Greek myths.

Read the example below 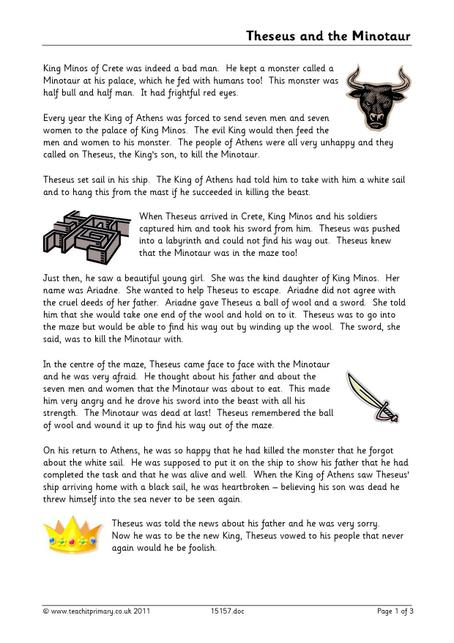